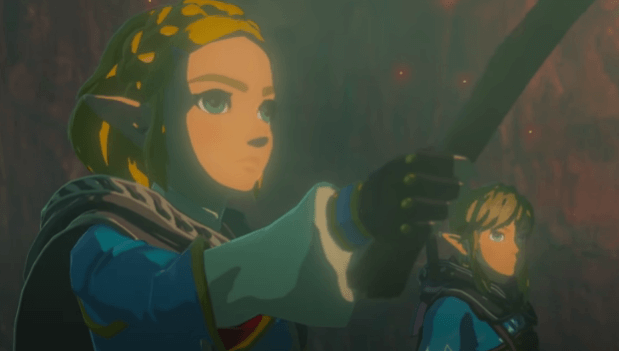 I want to See From Breath of the Wild Sequel :-

How long do I have to wait?

Look, it’s no secret that Breath of the Wild Sequel  is one of my favorite games of all time, so you can say I’m super excited for the sequel. My prayers for some news regarding the next major entry in the Zelda series were finally answered during the E3 Nintendo Director, and the new trailer raced through my mind to see what possibilities we would see at the end of next year’s game.

So, just for fun, let’s layout our speculations for a minute, and I’ll take you through what you want to see from the Breath of the Wild sequel.

The Wild Hirul’s breathing was still dangerous, sure, but it was also calm and soothing. Based on the new trailer, it looks like the sequel is going to get a lot more chaotic, with the threat of gunfire present more than ever. In addition to BTW, we also got to see what Hayrul looked like after the Gannon victory and how its people were able to rebuild.

This time around, it looks like most of them will be thrown into the air, with Hayrul surviving in such a way as to make Majora’s mask more memorable, especially since it seems to be thematically darker. I think it will make a great mirror in the first game and give the series some more variety in terms of what it offers us this console generation.

The next evolution of combat:-

I think this is something that players will naturally want from Sequel and the new trailer must be from Bunny’s breath we know and love pointing to some pretty dazzling repetition of the mechanics I say and love seems to be Run’s new skills, which is great because they are the first Said to be part of making the world so much fun.

I was even more curious that a few new enemy types were teased, such as the Bokblin camp above Stone Talas. Whoever came up with it, you know if you read it. If it’s tweaked right now, there’s still a lot of time left until the ship arrives, I can’t seriously wait to see what another crazy enemy crossover Nintendo has for us.

A return to more classic dungeons:-

Don’t get me wrong, I’ve enjoyed the temples and divine heavenly creatures in Bit Blue. They had a fun split from the conventional formula, but at the same time, the cells were such a symbolic part of the series that they felt missing from any title. I’m really interested to see what it’s like to see more traditional thematic thematic darkness in this iteration of Hayrul, especially how turbulent the world of sequels looks.

One radiator posted a theory that any real darkness could be restored – they noticed that the Death Mountains were no longer actively flowing, which meant it was accessible. There was a dark resident in the first game of this volcanic series, so I totally saw it as a success. But that’s just the tip of the iceberg with fan theory.

Okay, this is my wish list. At the moment it’s all speculation, of course, but half the fun can be expected, and we’ll have plenty of time to do that before the game goes down. There’s not a ton that I haven’t touched, so let’s guess together – let me know what your ideal BOTW2 comments will look like!